Threats On All Sides

Freestar One collects and revises 45 original open-source monsters from the creative-commons bestiary Teratoscope, accompanied by 22 lavish black & white illustrations by @oddscape1 and conveniently laid out in a single hyperlinked document.

From infestations of mitotically-explosive Jellykids, to the cryptically benevolent Relic Warriors, to the cosmic menace of the  Tetrons, Freestar One offers players a vast range of encounters for your campaign. Whatever your taste in high-stakes d20 slinging, you'll find something in here your players are sure to remember.

A World At War Over a Wealth of Cruel Futures

Freestar One encompasses a grim setting of pitched warfare on a future earth warped almost beyond recognition. A vestige of humanity as we know it looms overhead in the colossal space fortress Freestar One, sending young Provisional Citizens down into the gravity well to throw themselves against the four invading forces of the Contact War and the strange, hostile ecologies that have sprung up around them.

As your players struggle to carve out a foothold in a world they've only known as a blue-green marble beneath the orbit of their birthplace, what might they discover? Will they honor themselves in the eyes of the Grand Marshal and earn their full names, or reject the circumstances of their birth and make a new place for themselves in the war? Can any kind of peace be found when the enemy's ends are at once so strange and so horribly familiar?

Freestar One is designed to slot into most old-school fantasy roleplay RPGs with minimal hacking, and each monster's core rules are intended to be easy to reference and easy to use while still providing a unique and memorable play experience.

As an added bonus, the Freestar One pdf includes new modular rules for setting-specific elements like radiation, salvage, cyberware, psi arts, and PCs of alien and mutant-strain human origins, on top of the pre-existing armory of mind-bending alien weaponry. Kit yourself out with a tritium heart, buy critical time with Temporal Erasure, and learn the ins and outs of fitting in with the squad as a Herlog-ban Defector! Puzzle out the secrets of the physics-warping, language-curdling arms/art installations/pets of the Occulters! Scrounge for nanorestoratives, psychic strain relievers, and radiation purgatives as the stresses of life on Post-Contact Earth take their toll!

Come and get your crimes against God, hot off the griddle!

In order to download this game you must purchase it at or above the minimum price of $15 USD. You will get access to the following files:

Librarians and Leviathans23 days ago

Hi, if you see this, can you get in touch about the bundle please? I've emailed but am worried it's gone to spam as it did for a few other people., and your Twitter seems to be gone. 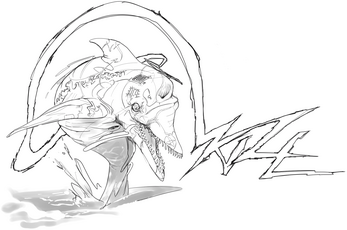 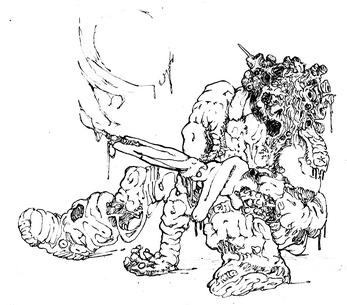 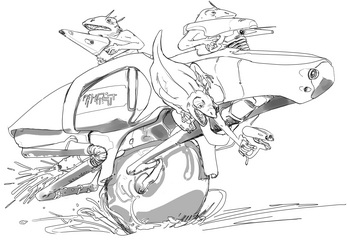